The Conversation about Freedom

On May 7, in the historic setting of the Oratorium Marianum Hall at the University of Wroclaw, clergy, representatives of the world of science, politics and diplomacy talked about freedom for over two hours. 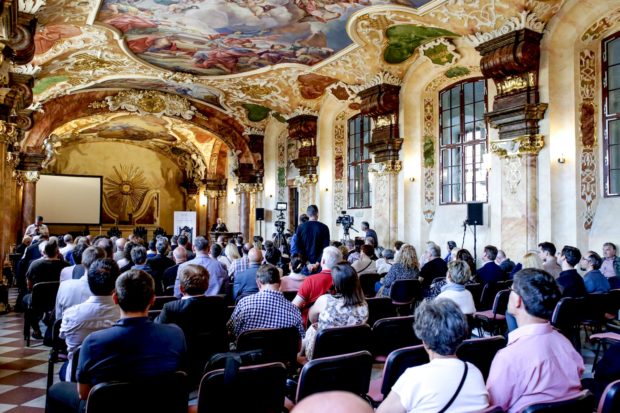 “The Conversation about Freedom” was an event crowning the day-long open symposium “Spaces of Freedom”, which also included the opening of an exhibition dedicated to Albert Schweitzer and an international scientific conference at the Evangelical School of Theology.

The meeting at the Oratorium Marianum Hall had a special character not only because of the unique place. The participants of the debate were Pr. Professor Tomasz Halik from the Charles University in Prague, Rafał Dutkiewicz the President of Wrocław, Bishop Waldemar Pytel, head of the Diocese of Wrocław Lutheran Church and a special guest – Israeli Ambassador Mrs. Anna Azari. 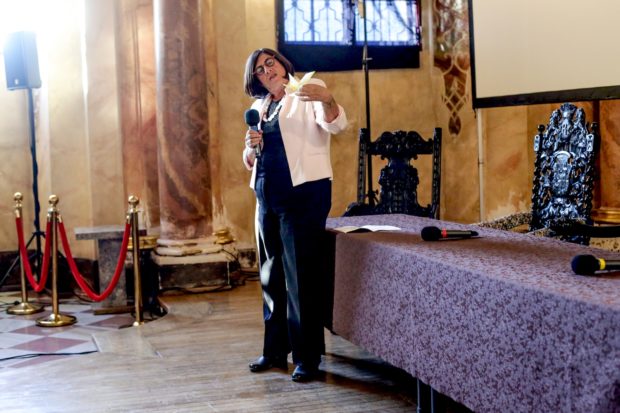 The first part of the meeting included a lecture by Pr. Professor Tomasz Halik entitled “Difficult Freedom” and a short speech on the freedom by Ambassador Anna Azari.

Freedom is one of the key concepts of our Western civilization. We could look at the history of modern times as the history of human, cultural and historical emancipation as the history of the struggle for freedom. The “cheap” freedom is the freedom of an animal that has been released from a cage and can do whatever it wants. It is the “valuable” freedom combined with the sense of responsibility which is truly human – said Pr. Professor Halik, referring to the concepts of “cheap” and “valuable” grace created by Dietrich Bonhoeffer.

In my opinion, neither democracy nor freedom is a permanent state. Democracy and freedom are something that we all want and we must fight for – Ambassador Azari emphasized.

In the second part, the participants of the meeting answered questions about freedom asked by the moderator and host, Prof. Adam Jezierski, the Rector of the University of Wrocław and later also by viewers. They touched upon the understanding of freedom, its significance for people, its various aspects and shades. Also, they concerned the contemporary place of freedom in society – from religious freedom to political correctness and depriving people of freedom of choice, both through law and manipulation. 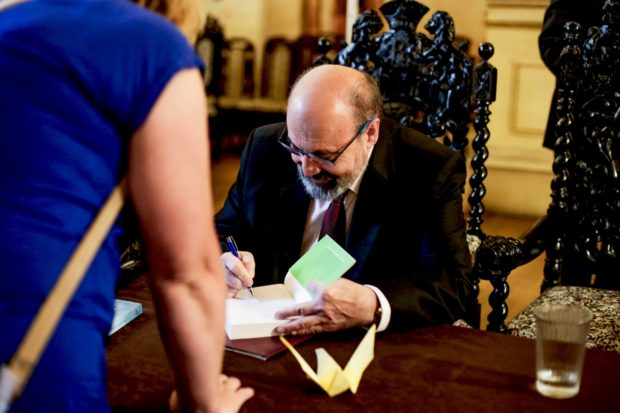 Participants of the conversation avoided references to current politics; however, it could be guessed that the current situation worries them also because of the numerous threats to the freedom of both individuals and entire social groups. There were historical references to the three states represented by the debaters. Poland, Israel and the Czech Republic have in their history moments that make their citizens value freedom in a special way and are sensitive to all manifestations of its suppression. This sensitivity was evident in many of the statements that were spoken that evening.

After the official part of the meeting, there was time for talks with discussants, taking photos, signing books and paper birds – a symbol of this year’s festival, which accompanied us both on posters and in the form of origami works. Each participant could take a paper bird with them – in remembrance of the meeting and as a reminder that freedom is beautiful and at the same time fragile and easy to destroy.