Beata Bednarz’s concert in the Church of the Christian Community inaugurated the 7th Festival of Protestant Culture “500 years of Reformation.” Several hundred people enjoyed the concert, prayed and listened to good Christian music.

The festival was officially opened by Pastor Mirosław Walczak, the host of this evening, and Professor Wojciech Szczerba, the Rector of the Evangelical School of Theology. 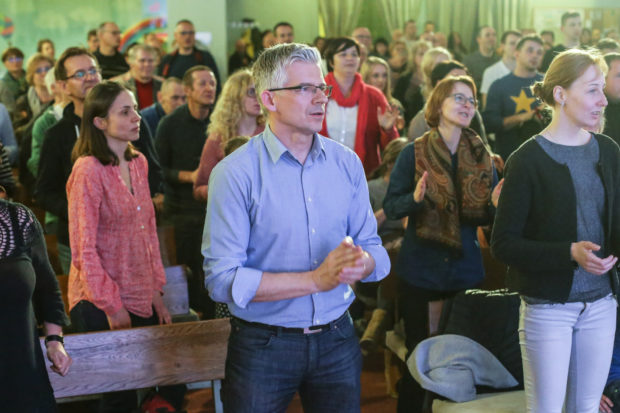 “I am very happy that our 500th anniversary of the Reformation begins in the church of Gustav Adolf’s, where the Lutheran tradition is linked to evangelical tradition, the so-called younger Protestantism. I am glad that we will listen to the wonderful concert of Beata Bednarz, who has delighted us with her artistic interpretation of the world for many years and has taught us beautiful, open ecumenical Christianity through the songs of faith. Ad majorem dei gloriam, for the greater glory of God”, said Rector Szczerba. 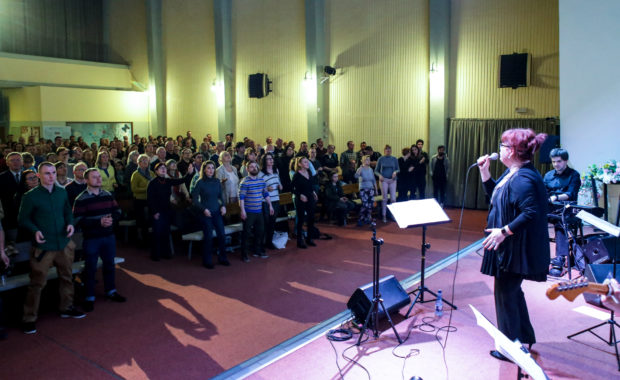 At the concert, one could hear both the well-known and more recent works referring to different musical traditions as well as the religious ones. Some of the songs were sung by the participants together with Beata Bednarz and her band. The soloist also allowed people to “look” a bit deeper. Sharing her story, she caused a stir and a sense of extraordinary intimacy. There was also the element of evangelization – both in word and song.

We sincerely thank the artists, as well as all those who decided to spend Sunday evening together with us. We invite you to the next events of the festival, whose full program is available at the website www.fkp.wroclaw.pl. We also invite you to join FKP on Facebook – share your impressions of today’s concert!