In the afternoon of May 13, as part of the jubilee celebrations of 500 years of the Reformation, there was a discussion about social issues. The discussion panel “Civil Society 1517-2017. Europe, Poland, Wroclaw “, was organized by Evangelical School of Theology and the Wroclaw Office of European Parliament. 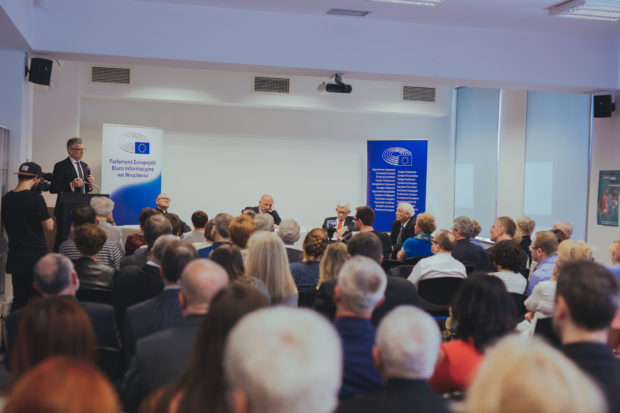 The panel was comprised of Professor Jerzy Buzek, Member of European Parliament, Bishop Waldemar Pytel of the Lutheran Church, and President Rafał Dutkiewicz, the Mayor of Wroclaw. The moderator of the panel was Professor Adam Jezierski, Rector of the University of Wroclaw.

The discussion panel “showed the broad picture of civil society, indicated the importance of civic attitudes, articulated the dangers we see, and the challenges that we may face in the near future,” said Professor Wojciech Szczerba, Rector of the Evangelical Theological School. 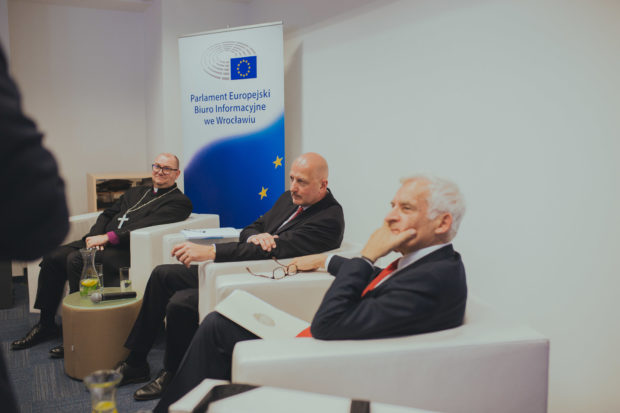 The panel members discussed difficult questions about the condition of civil society both in Europe and in Poland, whether its idea is not another case of utopianism that has no chance of realization, and of “prescriptions” for changes in people’s consciousness so that they would cooperate and not fight. From the audience there were important questions, such as the role and rights of women and issues of social inequality. Panelists agreed that many areas still need a lot of work and that this work should pursued.