“The Time for Love” at EST

On May 8, the hall of the Evangelical School of Theology turned into a theater and the numerous viewers who gathered there laughed heartily. It was due to the play “The Time for Love” performed by the actors of the theatre company “MamTeatr” – Marzanna Graff and Aleksander Mikołajczak. 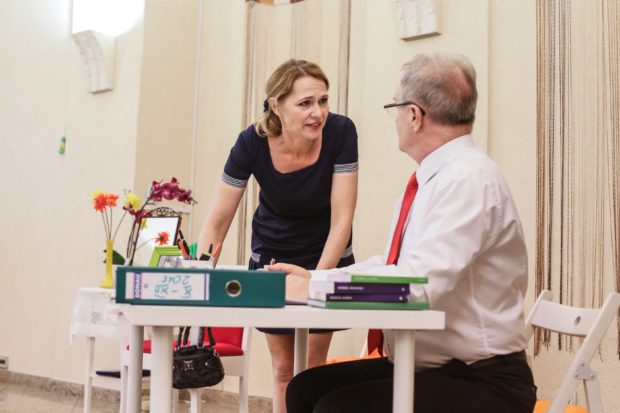 It was a warm, humorous and energetic performance about a mature married couple who after their adult children leave the nest try find family balance and get to know each other (or perhaps for the first time) anew. The audience loved the show. The actors presented some important issues regarding long-lasting couples in a funny, light manner as well as they also proposed their solutions that the audience really liked. The spectators reacted very spontaneously to plot twists, amusing dialogues and punch lines. At the end, the actors were given a long ovation.

After the performance, the actors talked to the audience and signed posters and photos in the lobby. 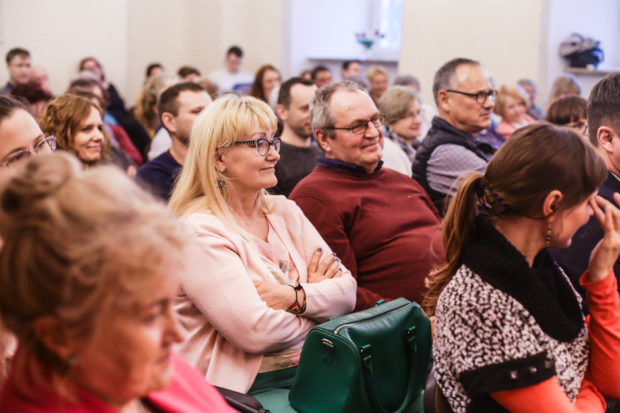 “This is our second visit here and once again we enjoyed the magnificent audience. We really like the spirit of EST”, said Marzanna Graff. She acknowledged she felt at EST “at home”, because she had a theological education.

We are happy that once again we hosted the theatre company “MamTeatr”. The audience’s reaction and the atmosphere, both during and after the show, spoke for themselves. Many people stressed that the play was not mere entertainment, but it also evoked reflections on their own relationships or maybe even the incentive to change.

We sincerely thank everyone for coming. We invite you to the next events of this year’s Festival of Protestant Culture. Please find the detailed program on www.fkp.wroclaw.pl.