In the footsteps of the witnesses of freedom

What do a nun of Jewish origin, the author of the letter of Polish bishops to German bishops and the Protestant pastor who opposed Nazism have in common? They are all associated with Wrocław and because of the choices they made they became witnesses of freedom. 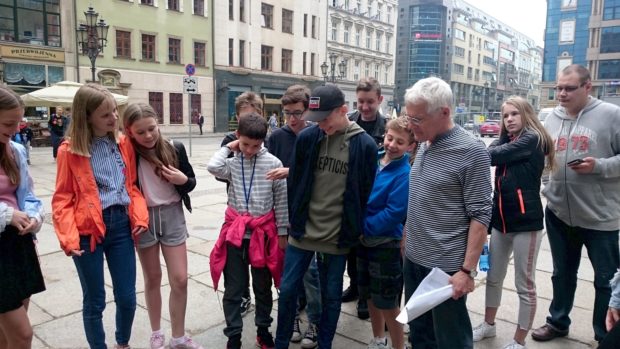 Walks in the capital of Lower Silesia have already become a tradition of the Festival of Protestant Culture. This year, we led the walk’s participants in the historical footsteps of people who valued freedom so much that they were ready for the greatest sacrifices – also the sacrifices of their own lives. The guide was Edward Skubisz, who talked about Saint Edith Stein, Bishop Bolesław Kominek, Katharina Staritz, Dietrich Bonhoeffer and Benno Jacob.

Each of two walks started at the Wrocław Nadodrze, next to the house of Edith Stein, then through Cathedral Island, Sand Island and the Old Town and finished in the White Stork Synagogue. The participants learned not only about the life of the witnesses of freedom, but also the history of Wrocław in the nineteenth and twentieth centuries. 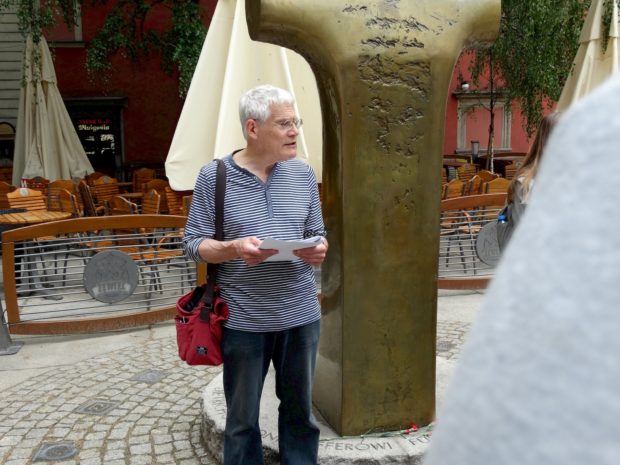 The choice of the subject matter, formula and presented figures proved to be good choices. Many participants had heard about these men and women, but they did not know much about them and did not connect them in any special way either with Wrocław or freedom. The participants were also interested in the fact that the heroes came from so many religious and social backgrounds, indirectly indicating the multiculturalism of Wrocław and its rich history.

In total, several dozen people attended the Tuesday and Friday walks, especially the youth from Wrocław schools. We would like to thank all participants and invite you to the next events of the Festival.