On September 21, EWST hosted a large group of participants of the Lower Silesian Festival of Science and Senior Days 2018. The theme of this year’s events was broadly understood freedom. 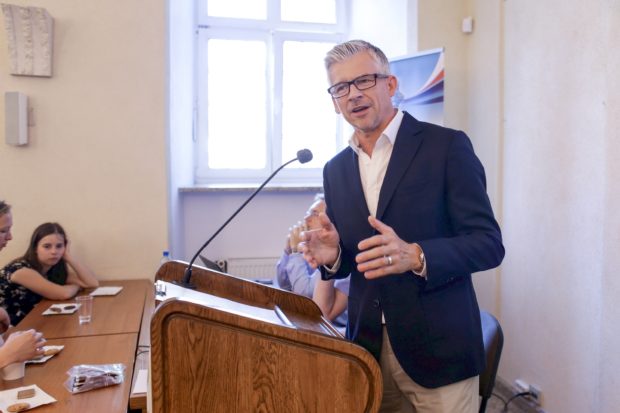 The September events at EWST have been attracting participants from various backgrounds and generations for several years. It was also true this year. Both workshops of intercultural competences and afternoon artistic performances took place at EWST and filled the main hall.

This is another year in which we organized events combining elements of knowledge, promotion and entertainment. In this way we try to meet the requirements set by the two extremely important events for Wrocław – the Lower Silesian Science Festival and the Senior Days. From year to year, we find out that this formula is getting better and better, letting learn and play together for several generations, and integrating people from many different worlds. 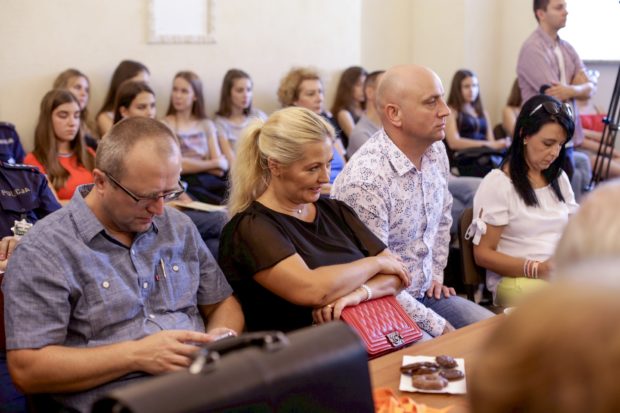 After the Week of Prayer for Christian Unity and the Protestant Culture Festival, we invited the participants to again discover freedom together. In fact, the entire year 2018 is devoted to this theme, which is important for the 100th Anniversary of Poland’s Independence on November 11, 2018.

The workshop was attended by high school students from the 9th High School Juliusz Slowackiego, a group of Lower Silesian policemen, listeners of the Intercultural Academy of the Third Age and other people who chose this occupational block from the rich offer of the Lower Silesian Science Festival and Senior Days. Their co-organizer was the Voivodeship Police Headquarters in Wrocław . 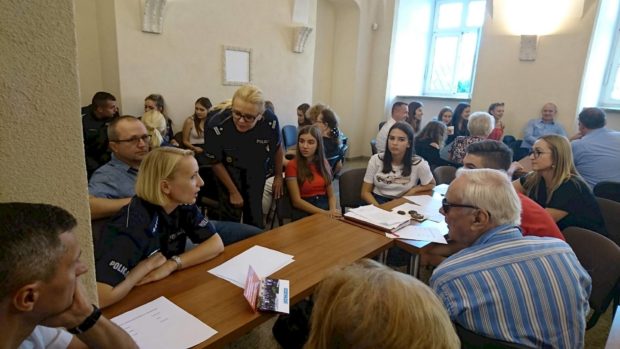 During the workshops, the participants could see that “Freedom in dialogue” requires not only knowledge of one’s own language but also a desire to understand what the other side really has to say. Participants learned the genesis of Polish words derived from such ancient languages ​​as Greek or Hebrew. Later in the groups, they tried to define the language of dialogue and the language of hatred, and then share their insights on the forum of the workshops. At the end, they got to know “the most beautiful place in the world”, i.e. the contact of cultures, which can be experienced not only by going on an exotic trip, but also by opening up to a neighbor, a colleague from work or even someone who asks for directions. They also learned that almost everyone can find a shared life experience – and build a thread of sympathy. 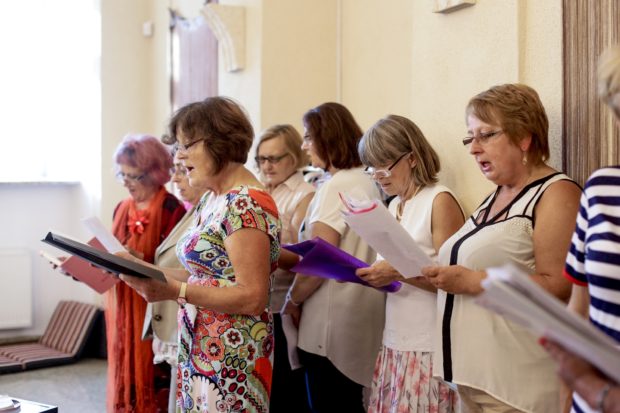 In the afternoon, it was time for entertainment, under the slogan “Freedom in practice”. The audience was welcomed by the English-language concert of the band ‘Beautiful voices’, composed of students of the Intercultural Academy of the Third Age. Singing is an inseparable element of learning this language in ATA and listeners in this way find it easier to learn English words and “open” to the use of a foreign language. The songs included American standards for various music genres, as well as British and Irish songs. The concert ended with a moving interpretation of the hymn “Amazing Grace”. Both the singing ladies and the leader Bartosz Bobel (who teaches English in ATA every week) received huge applause. 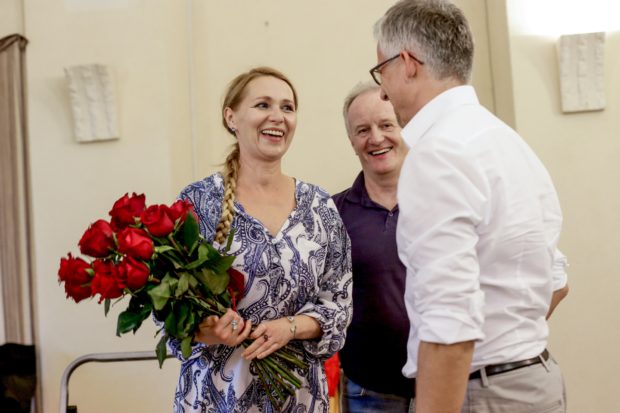 Also, during this year’s event, we were honored to host the group “Mam Teatr” for the third time – this time with the great comedy “Neighbor’s help”. The play was perfectly fitted to the subject of freedom, because it showed how to keep my own freedom in a relationship with someone completely different than me.

The performance was full of funny moments, but it was also moving and led to reflection. Marzanna Graff and Aleksander Mikołajczak once again conquered the hearts of Wroclaw viewers, who almost immediately after the end of the play began to ask when we will again host the acting couple. The artists emphasized that coming to EWST was “like home”, and the EWST Rector Wojciech Szczerba assured us that we would see them again. 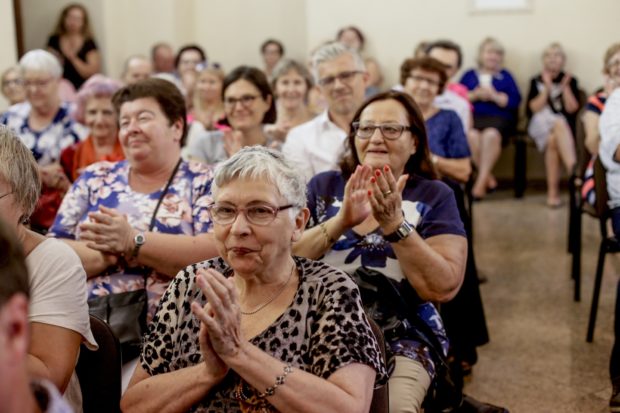 We would like to thank all participants of the events organized at EWST as part of the Lower Silesian Science Festival and the Senior Days. We would like to thank all the people and institutions that contributed to the fact that the proposals prepared by us could be implemented and were so well received by the participants. We thank the Center for Culture and Art in Wroclaw (OKiS) and the Marshal’s Office of the Lower Silesian Voivodship for co-financing of the project.