The ninth edition of the Protestant Culture Festival was held in May 2019. The theme of the events focused on JOY. This topic turned out to be extremely current, which was demonstrated by the active participation of numerous guests in festival events and considerable media interest. 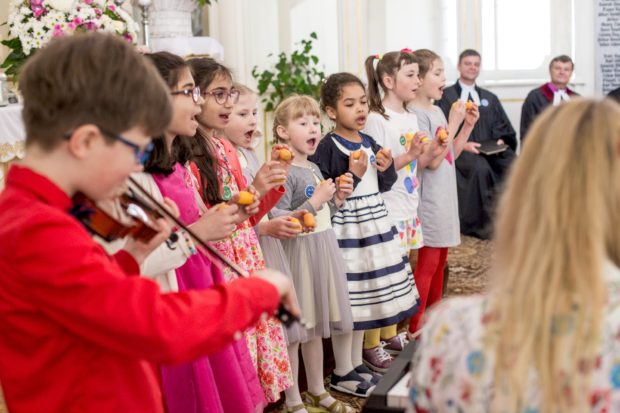 The rich program of the festival was the result of cooperation of Wroclaw churches, institutions and organizations that prepared over a dozen extremely diverse events and gatherings. Activities included: a scientific conference, debates and panels, concerts, exhibitions, lectures, trips and family events. Due to the wide festival offerings everyone could choose events that they were interested in – from entertainment, through cultural and religious events to exchanging views in the world of science.

The 9th Festival of Protestant Culture “Love # JOY # Peace” began with a solemn service at the Evangelical Church of God’s Providence. Joy was the theme of the entire service. It was beautifully sung by the combined choirs Angelus, Cantus Olaviensis and Schola Musica Caelesti conducted by Barbara Szarejko as well as the MelodiCor children’s choir conducted by Dobromil Oginska-Broniszewska. Bishop Waldemar Pytel, head of the Lutheran diocese of Wrocław, also spoke about joy during the sermon.

We do not want cold faces and indifferent looks; we are not satisfied with cheerful jokes and shallow jokes. We have enough personal pessimism and social complaining. We are tired of life’s tiredness – mediocrity and boredom. The heart is looking for real, deep, continuous joy (…) Christian joy is not reduced to immediate feelings, but it is something that allows you to look joyfully at your whole life, even if the present is difficult – emphasized the bishop. 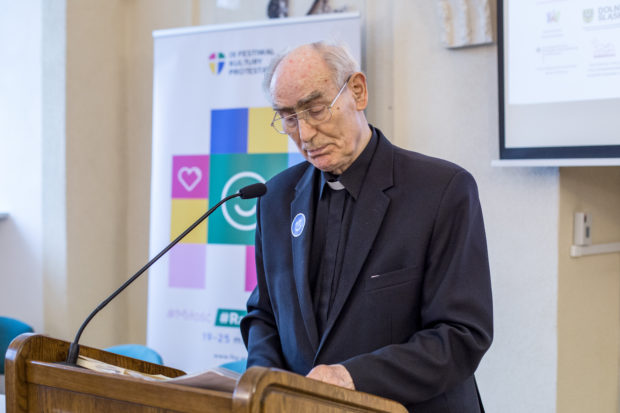 Joy and the figure of Karl Barth were the main topics of the nationwide scientific conference “Phenomenon of joy”, which took place at the Evangelical School of Theology. The conference was organized by three Wroclaw universities – the Evangelical School of Theology, the University of Wroclaw and the Pontifical Faculty of Theology and financed from the resources of the Wroclaw Commune. During the four conference sessions, 11 papers were presented, which together made up the interdisciplinary nature of the conference. Speakers and participants willingly took up the discussion both during sessions in the hall and in the lobby. The summary of the conference was the evening conversation of bishops at the University of Wroclaw , which was attended by representatives of churches in Wroclaw. The conversation was moderated by the rector of the University of Wrocław. The host not only asked questions, but also took care of the artistic part of the event, playing the organ (including “Ode to Joy”) and showing participants around the renovated interior of the baroque Leopold Hall at the University of Wroclaw. 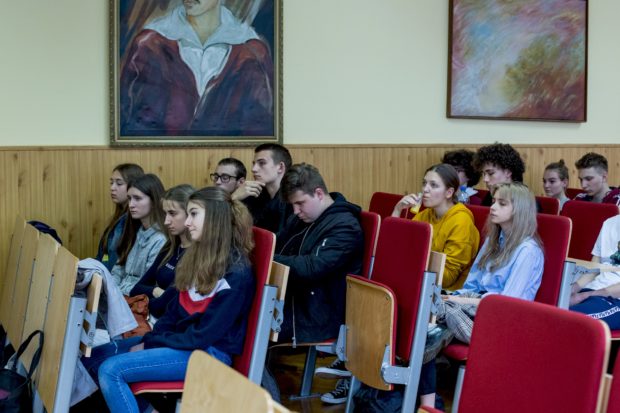 At another event, Wroclaw high school students talked about reconciliation and the joy of forgiveness and dialogue. Dr Tomasz Skonieczny from the Krzyzowa Foundation for European Understanding conducted workshops for two groups of students on “The joy of reconciliation. The value of dialogue. Conclusions from the Polish-German reconciliation process“.

One evening, the organizers of the IX FKP and invited guests took part in a gala reception at the General Consulate of Germany. In his speech, Consul Hans Jörg Neumann referred both to the history of Polish-German relations and recent events, remembering, among others, the famous Mass of Reconciliation in Krzyżowa, whose 30th anniversary falls on November 12, 2019. 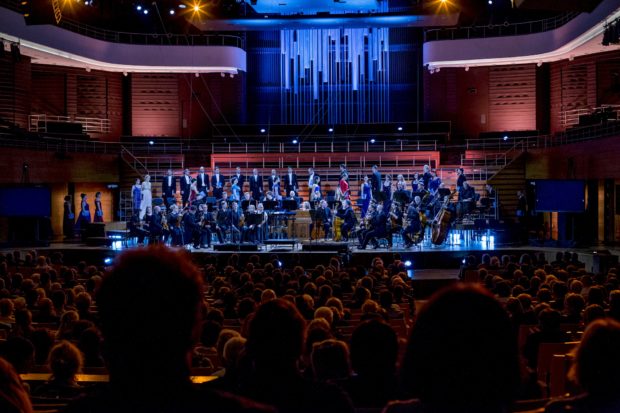 The great mass in B minor BWV 232 is considered by critics to be the most perfect work of religious music by Johann Sebastian Bach. This extraordinary song was performed at the National Forum of Music as part of the 9th Protestant Culture Festival. The two hour concert  was a deep experience, not only aesthetic but also spiritual. Nearly 2,000 people listened intently to individual parts of the mass, and at the end there was a long, well-deserved applause. The whole concert was recorded by TVP. 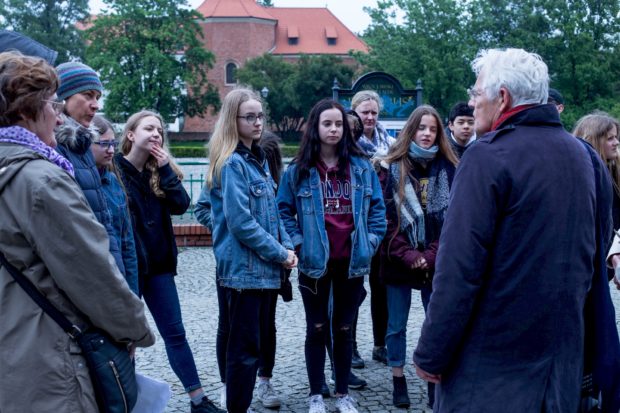 The joy of truth and courage – this is how one can sum up walks in the footsteps of Wroclaw zheroes and meetings devoted to the organization of the “White Rose”. While walking in the footsteps of Wroclaw heroes, they learned the stories of Edith Stein, Bishop Boleslaw Kominek, Katharina Staritz, Dietrich Bonhoeffer and Benno Jacob, who defended the truth and other people with their lives. In turn, at the Edith Stein House, the participants had an unusual and little-known history in Poland of the organization “White Rose” and its leader Sophie Scholl. The exhibition and film highlighted the activities of the German anti-Hitler resistance movement organized by young people. 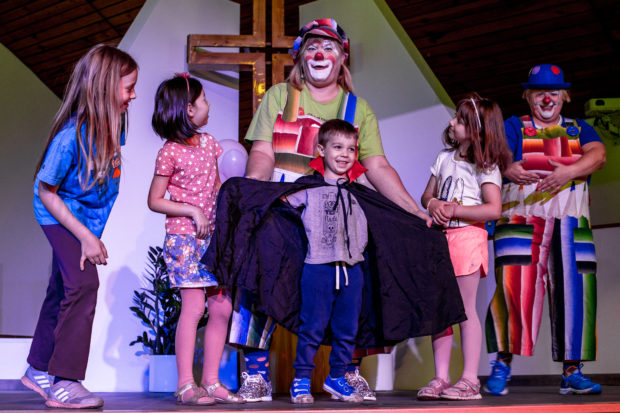 During the festival dedicated to joy, there could be a children’s event. This time the youngest could play together with a clown duo. There was “laughter therapy” for the children and also for the adults who came to the First Baptist Church. Clown Show Ping & Pong gathered a large group of children who not only watched the performances of comedians but also created a performance with them. Colorful costumes, games, plays and above all – as the title suggests – a real “explosion of joy”. 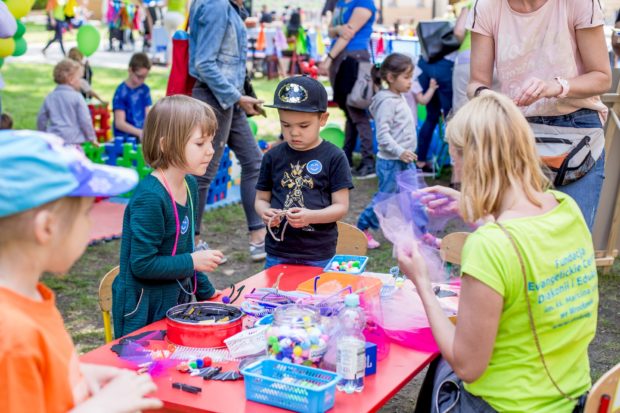 The last, and at the same time one of the biggest and most important events of this year’s Protestant Culture Festival was the next edition of the annual festival ” Space-time joy “, combined this year with the celebration of the 20th anniversary of the Lutheran Center for Deacons and Education, that organizes care for the needy of all ages. 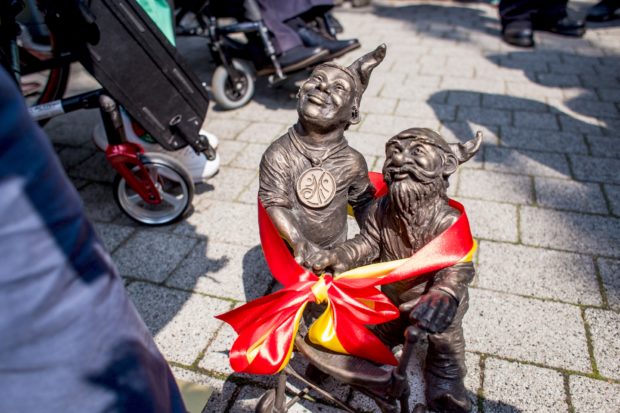 Festival participants also had at their disposal other attractions – competitions, a fair, numerous recreational activities, artistic shows, handicraft workshops, dancing, meetings with uniformed services, admiring motorcycles and old cars, to releasing soap bubbles together. There were also grilled delicacies and sweets. All were accompanied by music. The program also included official ceremonies – the planting of memorial trees and the unveiling of gnomes. For a description of the gnomes in Wroclaw, please visit this link https://www.inyourpocket.com/wroclaw/Gnomenclature_70297f.

The Festival of Protestant Culture once again became a media event – among others thanks to the support of our honorary and media patrons. Festival events were reported and announced in the local press and television, and many participants also found out about them through social media. We would like to thank all honorary patrons, organizers, co-organizers, partners and media patrons for their contribution to the organization of such a great undertaking. Above all, however, we want to thank the participants whose presence, activity and satisfaction expressed after individual events are always a huge reward for us and motivation for the future. We are grateful to our Lord for his guidance and provisions for this very special and unique event and all of its activities.