Unveiling of the Tree of Life mural

The Tree of Life mural symbolizes the unity and interdependence of the world, the beauty of creation and the need to care for it. 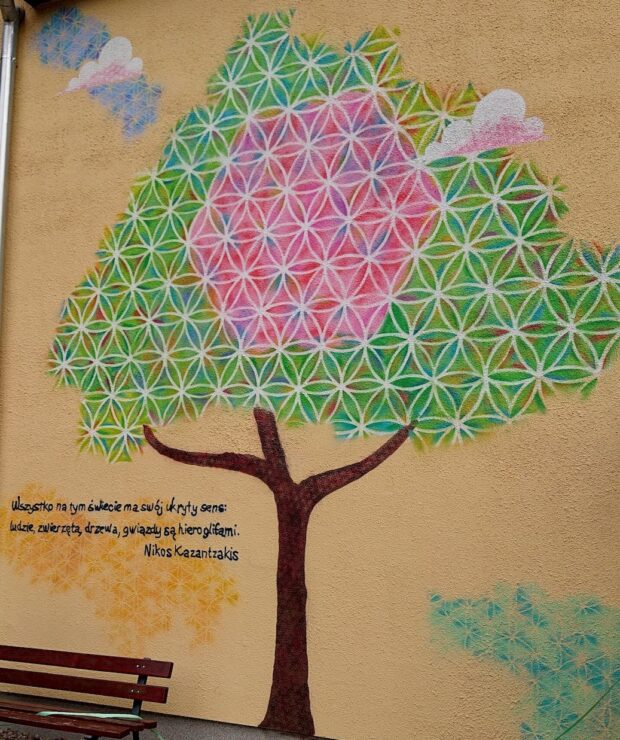 On Saturday, September 25, during the Space of Joy festival, the unveiling of the Tree of Life mural by Dariusz Paczkowski took place.

The work on the mural had been planned for a long time. It was supposed to crown the 10th Protestant Culture Festival in 2020, but due to pandemic reasons, the Festival was cancelled both last year and this year. However, the Protestant Culture Festival organizers decided to carry out the project of the mural and the accompanying art workshops, as well as the entire Space of Joy festival in September, shortly after the beginning of the school year.

The mural was funded by the Regional Representation of the European Commission in Wrocław. It was created on the premises of the Evangelical Centre for Diaconia and Education Foundation as yet another element referring to mutual respect, tolerance and understanding. In this case, it refers not only to human beings, but also to the richness of nature. 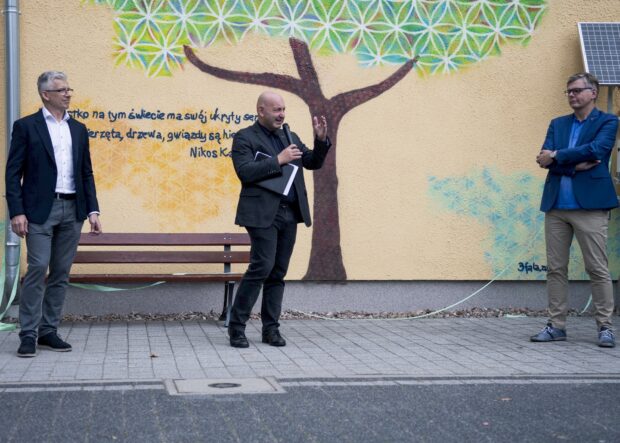 The unveiling of the mural was attended by representatives of the project organizers – Director of the Regional Representation of the European Commission Mr. Jacek Wasik, President of the Management Board of the Martin Luther ECDE Foundation Rev. Robert Sitarek and Rector of the Evangelical School of Theology Wojciech Szczerba.

The work depicts a tree with a spreading crown, consisting of interconnected six-pointed rosettes – the so-called flowers of life. Next to the tree, there is a quote from the book Zorba the Greek by Nikos Kazantzakis: „Everything in this world has a hidden meaning. People, animals, trees, stars are all hieroglyphics.”

The idea and choice of the mural motif and quote was presented by Prof. Szczerba:

This is an important message for us today when our beautiful country is torn by tensions, conflicts, different perspectives and ambitions. All these perspectives are important. Perhaps we have to go through these conflicts and tensions. But maybe it is good to stop and look deeper into the reality of nature or another human being’s face from time to time ‘to see ourselves in it’, as Józef Tischner used to say. Perhaps, we can understand then that everything in this world is the hieroglyphics of the book of life and that we are all part of the Tree of Life, one organism. It implies the simple but fundamental truth that we are interdependent and co-responsible for one another. When another person suffers, I suffer. When a part of creation dies, the whole tree gets sick. 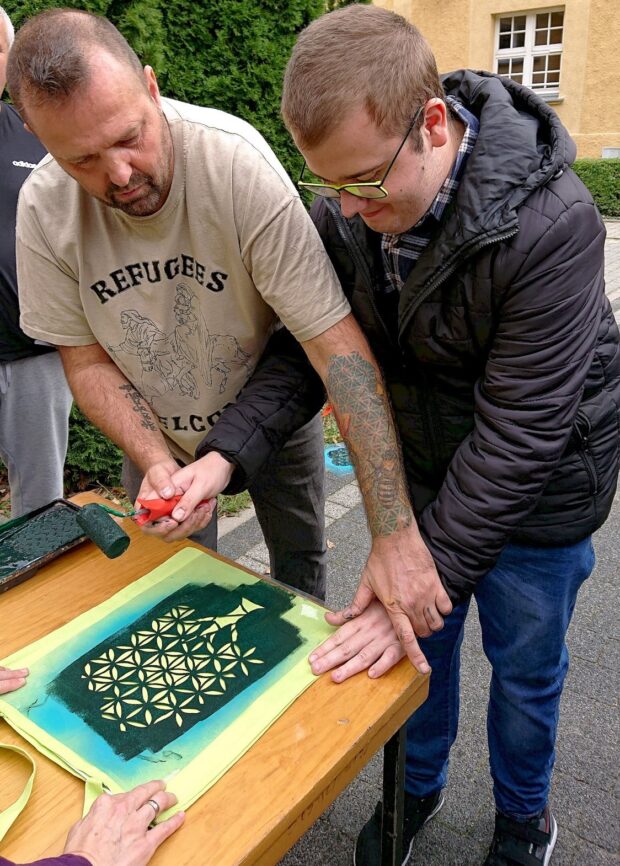 Mr. Jacek Wasik referred in his speech to the ecological message of the mural, pointing out the importance of actions to prevent climate catastrophe.

Rev. Robert Sitarek, on the other hand, stressed that the mural (although finished) was not a closed project and that the organisers would try to develop the idea behind it in various ways.

The author of the mural, Dariusz Paczkowski, creator of many socially engaged graffiti and street art works and co-founder of the 3fala.art.pl project (https://3fala.art.pl/), talked about his work on the project.

After unveiling the mural, the artist invited the participants to take part in an art workshop where they could make bags with the Tree of Life symbol.

We would like to thank everyone who contributed to the realization of this project also financially, as well as those who took part in it. We hope to meet many more times under the Tree of Life to fulfill this beautiful idea.

The world with (no) borders
This site uses cookies More info