EST had great expectations for the second Festival of Protestant Culture in Wroclaw. We spent months on planning, inviting, organizing, writing proposals, printing materials, etc. We had invited various Protestant communities in the area to organize and participate in the Festival. There were Lutherans, Pentecostals, Baptists and Free Evangelicals working closely together. It was truly an ecumenical effort. The Mayor of Wroclaw, General Consul of Germany, and Governor of Lower Silesia took patronage over the Festival. The media wanted to participate in and record the event.

Well, reality was much more cruel. On April 10, 2010 (two weeks prior to the Festival) the Poland presidential plane was flying to Smolensk, Russia for a memorial service. The service at Katyn (near Smolensk) was to remember and honor those who had died 70 years earlier (at the beginning of WWII) when more than 20,000 Polish officers and intellectuals were executed by the Soviet Secret Police. On board the presidential plane were 96 Polish leaders (President of Poland and his wife, military leaders, politicians, relatives of those who had been executed, flight crew, security officers and others) who died instantly as the plane crashed near the Smolensk airport. Instead of the joy of coming spring, the whole country sank into grief. The Polish Parliament declared one week of mourning and all cultural events were cancelled. Even though our Festival was planned one week after the end of the mourning period, it was obvious that we could not go on with our Protestant celebration.

In this context, EST decided to cancel the 2010 Festival of Protestant Culture and in its place we helped to organize and participate in an ecumenical service of mourning and music at the Lutheran Church in Wroclaw. At EST, we planned a service and concert with reflection on reconciliation. At least we could do that much to show our grief, willingness to serve and offer our prayers for the families and friends of those who died and for healing in Poland. 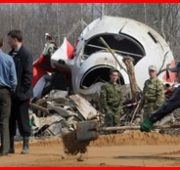 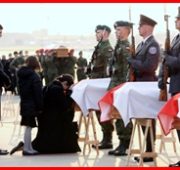