EST organized the fourth edition of the Festival of Protestant Culture in co-operation with Baptist and Pentecostal churches. Also, participants in the Academy of Third Age (for seniors) from different backgrounds and denominations attended most of the festival events.

There was a lecture on the history of evangelicalism by EST President, Dr. Wojciech Szczerba as well as a concert by the Angelus Silesius Ensemble choir. The concert was interlaced with brief talks on the gospel tradition by Dawid Slusarczyk, a Lutheran organist from Wroclaw. The meeting at EST came at the end of a walk “In the footsteps of Protestant art” – a guided tour of various Wroclaw churches and places connected with Wroclaw Protestant tradition.

One evening was dedicated to missions in Central Asia and India. The program included refreshments with snacks from other parts of the world and discussions with missionaries. Another event was a lecture on “Protestants and the cross” given by Professor Jan Harasimowicz, an outstanding expert on Protestant history, culture and art. The lecture was held as part of the ecumenical (Jewish-Christian) series of meetings – District of Four Temples (Jewish, Protestant, Catholic and Orthodox). Many Academy of Third Age participants had genuine interest in Polish-Jewish dialogue as well as in Catholic-Protestant dialogue. 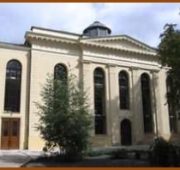 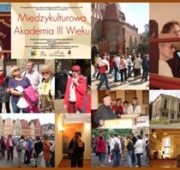